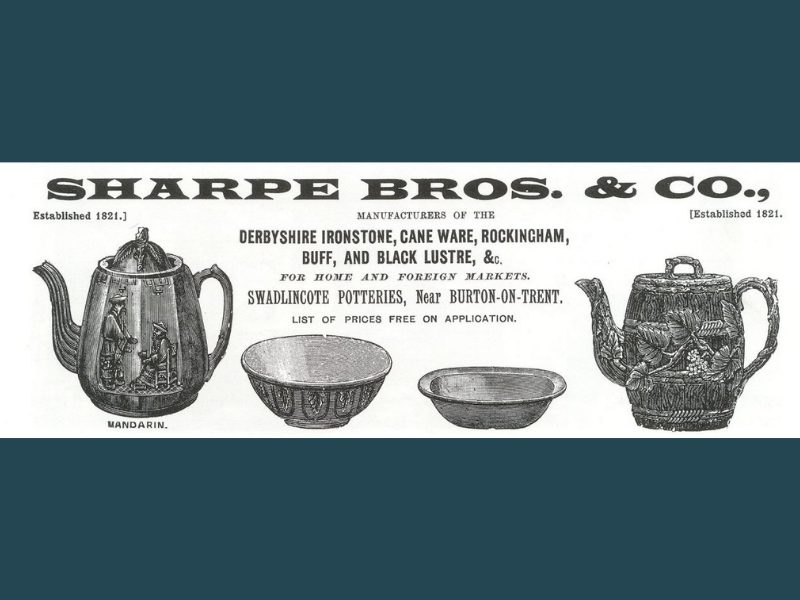 All of the team at Sharpe’s Pottery Museum are proud to be celebrating the 200th anniversary of the establishment of Sharpe’s Pottery. Although now a Museum, the original Grade II listed buildings were home to one of the most successful manufacturers of sanitary ware and pottery in the country; made here in Swadlincote and sold throughout the world by the Sharpe’s family.

As part of our celebrations we are taking part in the Heritage Open Day events being held from 10th to 19th September, including Object Handling and Guided Tours. In the spirit of sharing our heritage and making it accessible for all, here are some lesser known facts that you might not know about Sharpe’s Pottery!

The museum reopened in Jun 2021 and is now open Thursdays to Sundays. A range of activities have been delivered by trustees, staff and volunteers including from ‘Clay Play’, ‘Paint a Pot’ and ‘Raku’. A full events programme is now on offer over the autumn and winter featuring Oktoberfest, Fireworks in the kiln, Christmas Market, Christmas Party Night and the return of live music to the kiln with a number of local groups performing.

If you would like to support the museum in preserving the past to secure the future then please consider donating, becoming an ‘Edmund Buddy’ or Adopting an Object.